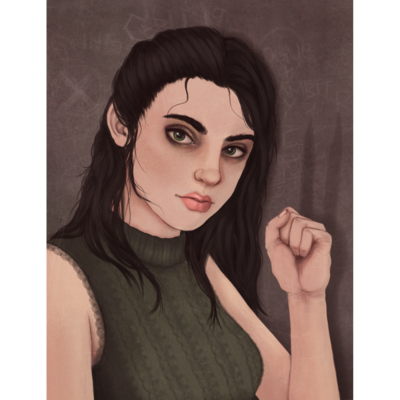 My Bike is
My Mobility Device

Pay It No Mind - The Life And Times of Marsha P. Johnson https://www.youtube.com/watch?v=rjN9W2KstqE

I'm too sick to appropriately worship you, but know that I do. Is that a straggler?

The shivers have arrived.

Bad news, peeps. I'll at the urgent care with a swollen lymph node in my groin; fever; leg pain. That same lymph node blew up to the size of a silver dollar within six hours the last time this happened. I'm hoping I caught it early enough.

I may end up having to go to the ER.

Side note: I hit every red light on the way here.

I'm bored. Wish I were on the Oregon Coast eating PB&J with soymilk.

My brother doesn't understand the concept of white saviourism. Do you think he's gonna understand punching down?

I've been away for a bit. Started taking sertraline (Zoloft) a few days ago. Not sure what it's doing to me yet, if anything. I'm only at 25 mg so far.

I'd be interested in hearing about your experiences from any of you who've taken/are taking it.

My friend Jen mailed me this amazing headband as a present and I love it and her so much. CW: selfie, ec

Okay, heading back already. I'd be lying if I said it was fun. I'm from a small city. Downtown L.A. is just far too overwhelming. Far more than Seattle or Portland, and the reality is I just don't trust L.A. drivers enough to feel comfortable riding around. There's still seemingly a derth of bikelanes around the city. Maybe it would be better if there were more cyclists. Granted, it is Saturday, but there's no large group of cyclists to just fall in with and see where they lead.

Oh, well. I can say I rode the Main St-Spring St. separated bike lanes that makes a big loop around City Hall.

Almost back on the road. Had the foresight to bring the tool bag and pump along on this trip. *WHEW*

Just getting ready to get off the train and I have a flat tire. *sigh* Goddamnit...

reddit, where you can choose between
(1) fascist forums
(2) "left" forums overflowing with fascist entryism
(3) forums devoted to specific niche interests like mobile game development in Rust, where everyone is also a fascist

Got started later than I'd hoped, but now on the train heading in to L.A. to spend the afternoon riding around on my #bicycle, and also seeing what decedent #vegan eateries I can find.

My Bike is
My Mobility Device

We are a Mastodon instance for LGBT+ and alies! ☺