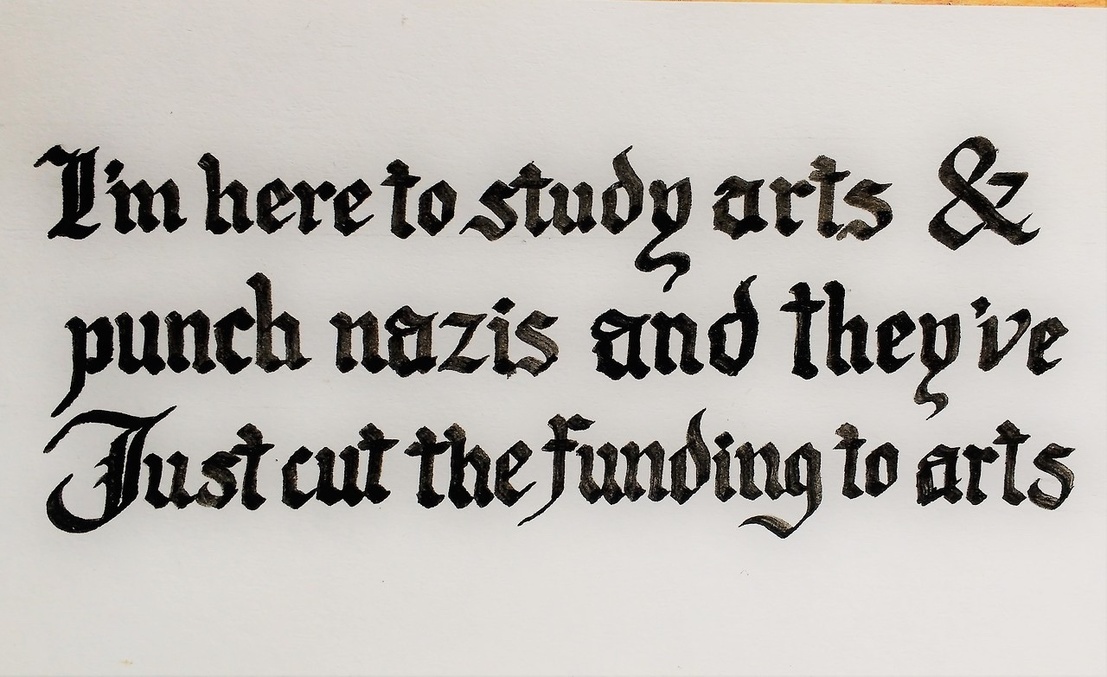 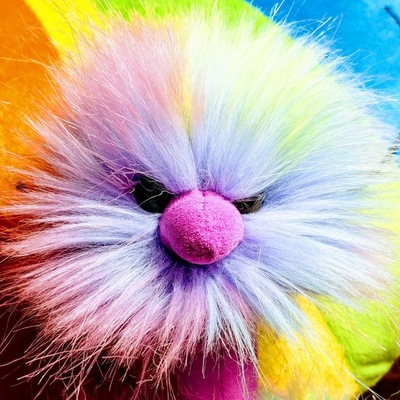 I'm a shit-talking English teacher to middle schoolers living in a country flirting with fascism. At this point, you can't scare me.

I'm aiming to fix that.

Please help me best teach the babies what we weren't taught by filling out this survey. :)

I will celebrate the day Betsy Devos is dead.

I hope she knows that.

I hope I meet her someday to tell her that with a smile on my face.

I also played devil's advocate to encourage kids to be super detailed. They got so DARK, it's AWESOME bc that's the POINT in THE GIVER

Me: What about consent?
"WE DON'T NEED CONSENT IN UTOPIA IT'S ALREADY PERFECT."

Me: what do you do with people who _want_ to be prejudiced?
"We jettison them into space, Ms. Bird, duh."

How are you going to solve this war?
"By making a ton of poisoned cookies."
K I want the recipe - they wrote a cyanide cookie recipe!!!!!

We're making utopias in my classroom (bc it's a great prelude to The Giver bc it's literally impossible). I give kids problems + diversity - disease, famine, prejudice; left-handed ppl, etc. - and they gotta solve it AND make a perfect society.

- John Thicc was referenced in TWO other short stories

- a were-cheetah fought were-lions (who killed his dad but bc his dad killed the lion's son?) and then realized he loved his best friend, a were-eagle, because they're mates which is based on scent and - oh, it was gay~

In addition to John Thicc, another student wrote 16 pages of gay Naruto fanfiction.

I'm having a *great* time reading these

He's accompanied by Thicc Thanos and a pink unicorn (who dies, tragically).

[3] Summary of convos had with students yesterday: (TDoR)

- students were shocked at the number of trans folks killed from hate crimes. Many stated "that's.. more than a person a day."
- students asked how to assist the trans community. Like, they want to take action.
- This month: I've had to explain to babies why ppl kill Jewish people in their synagogues + children in schools. This was just as hard bc ppl don't talk to kids

I dunno what I'm doing as a teacher, folks, but the kids? Are a'ight.

[2] Summary of convos had with students yesterday: (TDoR)

-several students begged to talk about queer topics all period (but we had ter talk SHORT STORIES)
- second part of class was naming what we're thankful for; One student wrote: "I am thankful for the people who are accepting in my life." That student came out to me as gay last month; he's not out publicly yet
- one student gawped when she asked if she could write Naruto fanfiction but with Naruto as a transman and I said OF COURSE
- GAWPED

[1] Summary of convos had with students yesterday: (TDoR)

We talked about the Trans Day of Remembrance.

- one student asked: "how can I tell what gender someone is?" I asked: "Well, why do you care?" Kid raised a finger and inhaled, but had no response.
- another student hollered "YEAH THEY'RE JUST PEOPLE"
- "Why were trans people not allowed in the military?" spawned a discussion of the trans flag, designed by navy vet
- we talked about India's 5 recognized genders. Research ensued.

We adopted another corgi puppy. Kinda - spur of the moment.

Janelle Monáe is many people in alternate timelines at once, writes Sydnee Monday. She imagines black people into the future, in the midst of past and present threats of erasure.
https://n.pr/2Psi7Bo

Tryna grade. Jack is helping. (he cried at my feet until I picked him up). @mawr

#JackIsCrying because both @missbird and I are home today and neither of us is playing with him and it's just not fair.

I just - need this to be shared.

I'm a shit-talking English teacher to middle schoolers living in a country flirting with fascism. At this point, you can't scare me.

We are a Mastodon instance for LGBT+ and alies! ☺