Well, now, if this isn't a veritable barnstormer. =:D

Love the art, but I'm getting a bit worn down by the pacing of spending an entire year on absolutely gorgeous battle scenes between character development moments.

Dykes to Watch Out For - may be animated!

From an interview with Alison Bechdel - https://www.vulture.com/article/alison-bechdel-secret-to-superhuman-strength.html :

Vulture: "So much of what people are asking for today in TV was organically fulfilled with your comic strip, Dykes to Watch Out For — a warm, funny serialized story featuring a big, diverse ensemble of characters dealing with everything from marriage, children, polyamory, death, politics and protest. Adapting it into a TV show seems like a no-brainer. Was that ever an option?"

Alison Bechdel: "Honestly I’m working on that right now. I don’t want to talk about the specifics, because if it falls through, it’s just a bummer. But it’s a plan to create an animated series based on my drawings. The original concept for the show was to update it and set it in the present. I wrote the pilot before Trump was elected, and we just had a discussion about how maybe it makes more sense to set it in the time period in which it really happened, which I am so much happier about. Somehow the update made sense five years ago, but now I want to do it as a period piece. We’re aiming to do it in the early ‘90s, which was the midpoint of the run of the comic strip. For older people, it might be nostalgic; for younger people, they’re curious about what now was a long time ago. When I was a teenager, I would watch movies that were 30 years old, and they seemed prehistoric."

I admit, I'd rather see it recent or current, but I'll happily enjoy any form of animated DTWOF. ^_^

#astronomy: Comet at the end of life is covered in talcum powder: 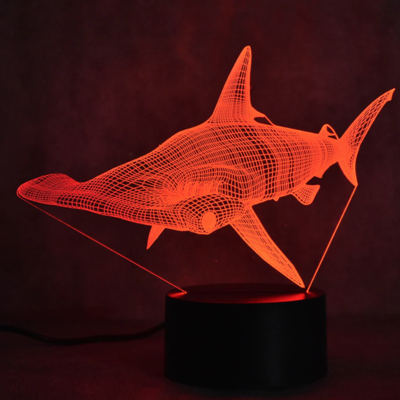 sometimes these can be the same people

feel free to adopt these guidelines

Read commentary about the gap between criminal and socially objectionable behavior in P&P. Although Wickham's behavior wasn't technically a crime, 15-year-old women of those classes were rarely "out to society" and therefore considered children. Georgiana was definitely not out, and Lydia's coming out was an act of parental neglect.

And the last page neatly skewers how the legal system still values civility over justice when it comes to sexual misconduct.

" In the decades during which human society discovered DNA, rela-tivity, antibiotics, the entirety of nuclear physics, birth control, smartphones,and biofluorescent bunnies. . . . Surely during that time period we must have spent some brain cycles thinking about victims. Surely we would have a blueprint for dealing with predators by now. Surely, at a minimum, we would recognize that predators may have “an openness and gentleness in . . . manner” (p. 202), and that strict adherence to the rules of civility can-not end abusive and predatory behavior—and in fact may enable it."

Courtney Milan's review of Pride and Prejudice focuses on Wickham as a sexual predator who is ineffetually dealt with via the Georgian whisper network.

"Owen J. Hurcum has just been elected the youngest mayor in Welsh history and the first openly non-binary mayor of any city in the world."

So a Betazoid, a Talosian and a Vulcan walk into a bar

(Remainder of joke has not been transcribed for non-telepaths)

found it! It wasn't screaming dinosaurs but instead hissing lizards. The artist is Adam Ellis.

Not linking to the Daily News, but trans people put in prison in Cameron for homosexuality demonstrates how gender and sexuality are intersectional.

So I finally got Hades

Transistor (one of a handful of games to give me an honest ugly cry, just about every time) has a "magic system" that just makes sense once you figure out that all of the action happens in a virtual world. So they've been looking at this for a while.

So I finally got Hades

As always, the visual/music/voice aesthetics are wonderful. But one of the things that Supergiant excels at is combining narrative and mechanics in a way that makes sense.

Failure in Hades is a character-development opportunity. And setting the game in the afterlife gives the whole try/die/develop cycle meaning in a way that other games using the same cycle don't. And getting to talk with the other members of the House of Hades is one hell of a consolation prize (pun intended).

Frankly, perpetual reincarnation rarely makes sense from a narrative perspective. And it's not surprising to me that Supergiant would be the ones to finally get that right.

the dead will envy the ultra-dead